Warning: count(): Parameter must be an array or an object that implements Countable in /customers/6/d/3/kuasaperak.org/httpd.www/wp-includes/post-template.php on line 284
01 FEB

River, the beginning of life.

ShareTweet
River, the beginning of life.

From the upstream of a valley. In between the rock and stone, its keep running fast. Crashing obstacles, against all odds, the river keeps running freely. All with one goal, to bring life to animals and man. Appearing at the river banks, the tiger quenching his thirst as a supply for the hunting of midday meal. In between the rock and stone, the little fishes cheerfully play hide-and-seek, while the big fishes waiting to ambush idly insect to satisfy their hunger. Magpie – the loyal watchman, it’s noisy chirps sometimes unheard – drowned by ferocious roar of the waterfall. That is the finest tunes orchestrated by the nature. In certain area, the farmers are bustling securing the water to irrigate their crops. The best crops are harvested for the good of mankind. That is the harmonious cycle of life if everything obey Allah’s commands without violation.

Human’s greed, destroyer of the nature.

“Corruption has appeared throughout the land and sea by [reason of] what the hands of people have earned so He may let them taste part of [the consequence of] what they have done that perhaps they will return [to righteousness]. “(Surah Ar Rum : 41)

In the name of development and progress, greedy man ransacks the nature without control. Rivers are victimized from the raids. The water that was once glistening, is now murky dregs. The hills that were once the beginning of the rivers, are vandalized beyond recognition. The big trees that were once the stake to brace Mother Earth, facing the threat of deforestation. Consequently, the highlands slide down into the rivers and riled the water up. The rivers’ flow becoming slow and thus resulted to high water levels. That is the beginning of the annual event – flood. On the face of the newspapers, the electronic media and the social media repeatedly label this as “a natural disaster”. True indeed, it is easier to shift the blame on Mother Earth. As if the nature itself seemed to wish for its own destruction. Hence, we would like to urge everyone in realizing the importance of rivers for the good of mankind. Rivers are not just the main source of water for man but much more indeed. It is the birth of life. Meranti drops its seeds, flying and falling down into the rivers. The rivers carry the seeds upstream until it reaches its place to sprout. The seedlings continue to grow until the roots attached to the ground and supporting the Earth. We remains committed in defending the nature-related issues. We are fully aware that Malaysia is indeed one of the country which rich in biodiversity and harmonious ecosystem. If we failed to defend it, it will surely on the brinks of extinction due to human’s greed. Consequently, our children will no longer capable of knowing what a jungle is. Jungle – supposedly the main source of life, will only becoming a “ghost house” for our children as they do not know what a jungle is. Let us rise, love the nature, and preserve the river.

active
Orang Asli Forest Community Nursery Project
These efforts and synergies can have a significant positive impact on ... 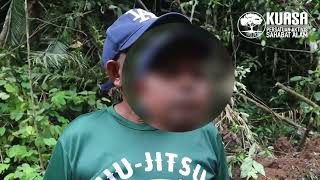 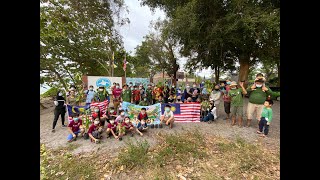